What Can You Do To Get Rid Of A Tax Debt? 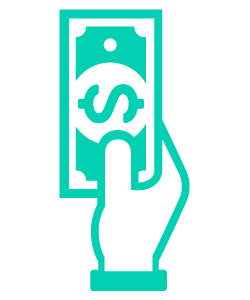 April is a month most people dread, especially if they own a business or have a lot of investments. Yes, this is the month taxes are due. But while taxes are notorious for causing headaches, it does not have to be this way. A little knowledge and a good tax professional can make April a pleasant month, after all. This website exists to be your go-to resource for all things tax-related. Learn how tax pros can help you, and also gain a better understanding of various tax codes and how they might apply to your situation. Taxes can be taxing, but the knowledge presented in these articles should make them less so.

If you owe money to the IRS or a state government, you probably want to get rid of it quickly. While normal creditors can be annoying, governments have almost unlimited powers to collect their debts. Here's what you can do.

If your tax debt is from an audit or something other than a tax return that you filed, challenge the debt. Just because the government says that you owe doesn't mean that they're right. They might have done the audit incorrectly, or you might have a defense that you didn't think to bring up. The worst thing that can happen if you challenge the debt is that they still say that you owe it, so you have nothing to lose by doing so.

If you owe a tax debt from a previous tax return, look into amending it. You might have missed taking deductions or credits that means you don't owe as much as you think you do. If you do find an error that lowers your tax bill, it will also lower your tax debt since the charge that created the debt is either lower or no longer exists.

Get on a Payment Plan

Owing taxes to the government can be scary since in some cases they can put you in jail. However, jail is really for people who actively try to cheat the system. If you just didn't plan or ran into financial trouble, all the government wants is to get paid plus interest on any late amounts. Most tax agencies have various types of payment plans to help you get caught up. Just keep in mind, that you'll usually still pay interest or late fees until the debt is paid off. There can often be rules like having to file and pay all of your future taxes on time.

Sometimes, you just don't have the money to pay the debt. Or, you and the government can't agree on an audit. In these cases, the government might accept a settlement to pay less than what you owe. Depending on what the government thinks the chance is that they could collect in full, you could end up only paying pennies on the dollar. Again, you have nothing to lose by making an offer, since the worst thing they can say is to pay the full amount.

To learn more about how to get rid of tax debt, talk to a local tax debt relief company today.